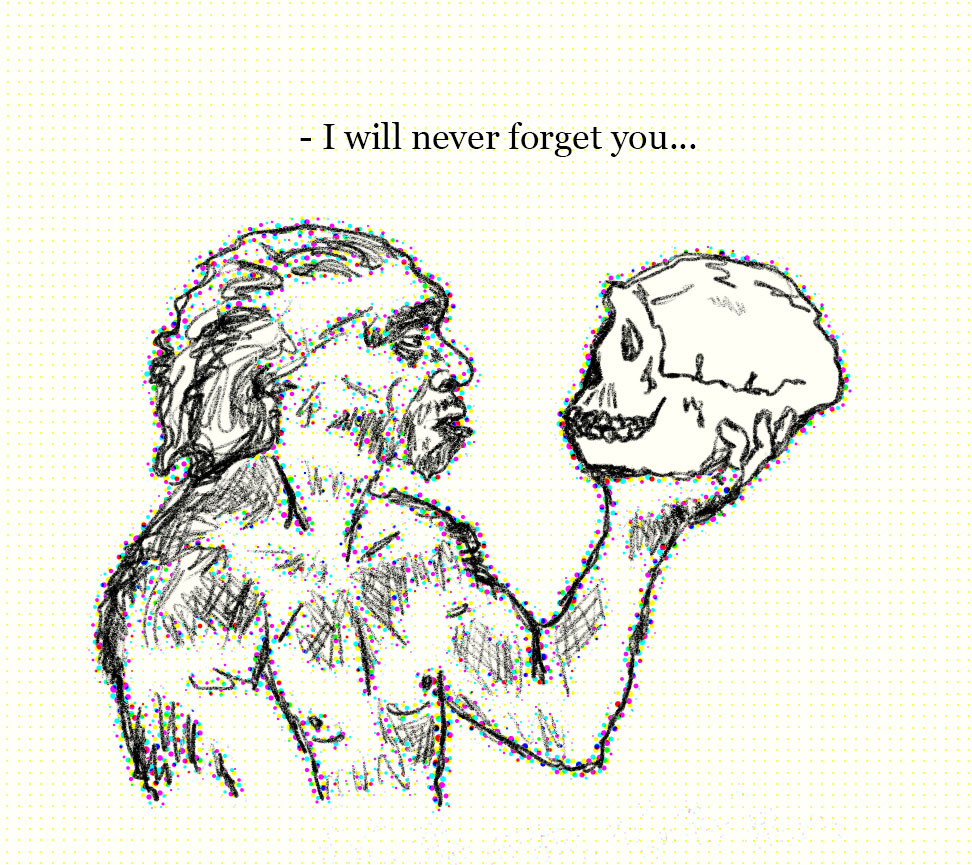 Recently, I spoke to a dear friend in France who was enthusiastic about a conference he had just attended (before the mandatory sheltering in France). The talk was about the difference between Homo Sapiens and Neanderthals. Homo Sapiens survived whereas Neanderthals rapidly became extinct.

Why is that? Apparently, the two species co-existed for some time. We know they met, mated, and crossed their genes because some of us –though rarely- test for a Neanderthal gene.

Who knows what happened for the Neanderthals? Perhaps they bickered and fought with Homo Sapiens and eventually were exterminated. Or they got sick, crushed by a micro-climate change or a meteorite! Anyway, Neanderthals couldn’t adapt to change and, about 40,000 years ago, the species disappeared.

According to agreed-upon research, the distinguishing difference between Homo Sapiens and Neanderthals is that the pre-fontal cortex and the parietal lobes of Sapiens brains were more developed than the ones of Neanderthal.

So, in the face of our current adversity, let’s not forget the lessons of our ancestors, and with respect and cooperation, let’s take care of our fellow Homo Sapiens…

An important message from our ancestors! March 16th, 2020Carole Levy