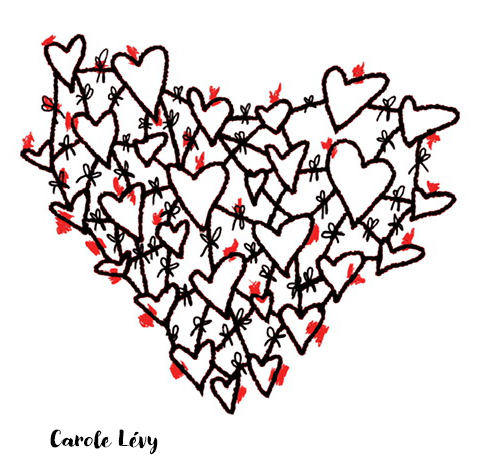 Building a work environment safe for inter-personal risk-taking (= building psychological safety) relies as much on building trusting relationships as it does on repairing them.

Repairing the myriad misunderstandings, mistakes, faux-pas, misalignments, micro-aggressions and macro-reactions must inevitably be the work of all colleagues in an organization.

In my work, I’ve been assisting various team members in reparative conversations to boost trust or clear the air from persistent static or address deeper problematic dynamics in their relationships.

As an ex-full-time team member myself, I’ve also been an active participant in many of these conversations and have benefited from them.

As a facilitator, I don’t call these conversations “repair-conversations” because that would sound too mechanical, or too dramatic, or too arrogant, but secretly I refer to the repair metaphor because it echoes the “broken trust” idea.

I recently was catching up with a young leader I had met a few years before. Out of the blue, she said that these days, the most exciting thing for her was to work on broken trust in relationships. Wow, I had never heard someone associating excitement with broken trust! The new generation of vibrant leaders gives me hope.

In a repair-conversation, the parties sit down at the table – physically, or virtually. The two members state their intentions first – and anything that would prevent them from being present and engaged in the conversation.

The facilitator holds the frame of their intentions with a hidden desire to heal the world one relationship at a time. She offers an agenda to launch and direct the conversation but rapidly has to let it go. Instead, she listens, asks clarifying questions, flags triggering moments, suggests pauses, watches the time, gets anxious, redirects toward the goal, re-redirects, and ultimately supports a soft landing on a shared agreement, or at least on a consensus on taking the next step.

The simple act of expressing out loud: “I want to improve our relationship” can deflate the reactivity, remove the static, repair the fraying, and shift to a more constructive dynamic.

When clouds of past assumptions and beliefs dissipate before accumulating into dangerous patterns, that’s a successful clear-the-air conversation.

Sometimes the inter-personal issues are deeply enmeshed and unshakeable. They are so entangled that just naming them, even without solution, can be a relief.

Is the bad dynamic coming from: a performance issue due to skill gaps, a mismatch of roles and talents, a lack of clarity in expectations, a collision of styles and personalities, an unacknowledged power dynamic, an unrecognized desire to change careers, or old baggage replaying itself again and again? Sometimes, it’ a little bit of everything.

Even in complicated cases, when each member holds a broken piece of the thread, and the stories seem irreconcilable, we do our best to tie a knot of reparation.

I remember a few years ago, two close teammates–a CEO and a VP- couldn’t improve their dynamics despite their attempts. They were loyal to each other and respectful but thought that the other one was too controlling. Ultimately, through this reparative process, they recognized that they had different ambitions. They reached an agreement to separate, and later found new opportunities to work together again. A successful divorce that extended their connections, instead of burning bridges – thanks to their effort to be honest, fair, and compassionate.

Recently, I’ve been assisting pair conversations with a colleague, in which we each bring a particular viewpoint to the table. Mine addresses the ego-threat and hers addresses racial equity. In culturally diverse teams, we need to have the courage to talk about identity-tensions and biases. Naming them adds complexity but also greatly enriches the conversation. I’m excited to explore this more.