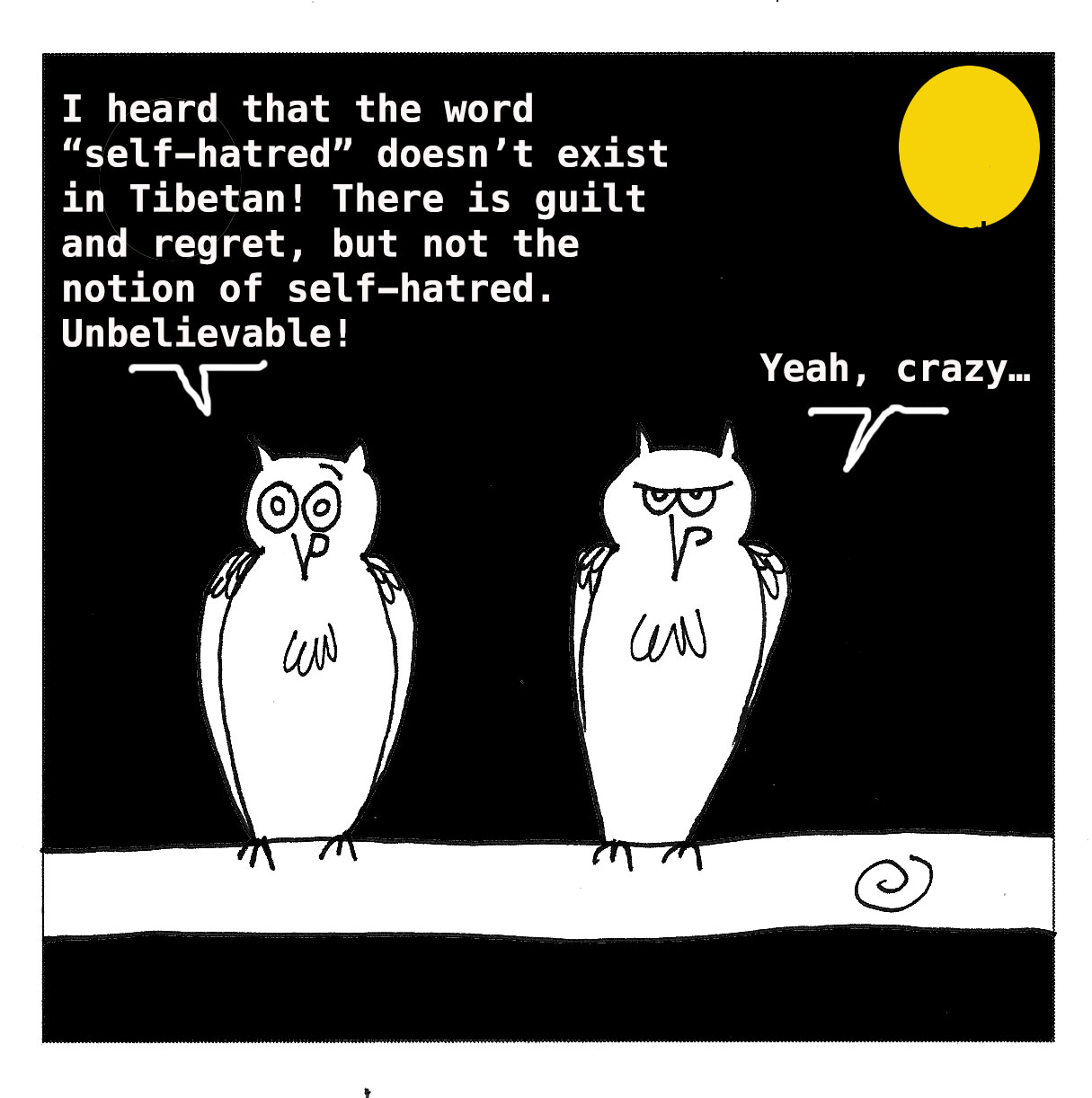 I heard Jack Kornfield* at a conference tell the story of a Western student asking the Dalai Lama how he was dealing with self-hatred. The Dalai Lama couldn’t understand the question and after asking for help from several people around him, said: “This is a mistake!”

There is no word in the Tibetan language for the notion of self-hatred. Most of us Western people don’t necessarily identify with being haters of ourselves, but we certainly identify with the micro-ordinary ways -via self-judgment, self-criticism or self-blame- that we are intolerant of ourselves.

If we can’t tolerate ourselves, how can we tolerate others?

I know there is a fine line between self-indulgence and self-compassion. Regardless, let’s stop the nonsense of self-hatred!

* Jack Kornfield is an author, Buddhist practitioner and one of the key teachers to introduce Buddhist mindfulness practice to the West. He just posted a blog last week on the subject of self-hatred. Nice synchronicity! You can read the story of the Dalai Lama in Jack Kornfield’s words.